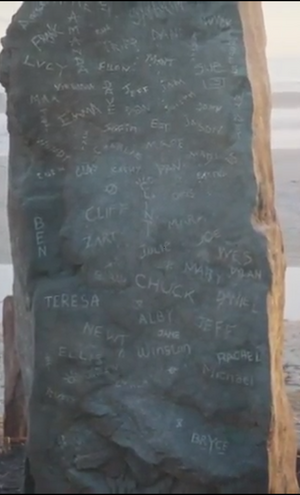 Bryce is a character whose name was engraved on the memorial rock at the end of the Death Cure film. Nothing is known about him, other than the fact that he was killed sometime before or during the film. This name could possibly be a reference to Bryce Romero, the actor who portrays Jack.

Retrieved from "https://mazerunner.fandom.com/wiki/Bryce?oldid=58295"
Community content is available under CC-BY-SA unless otherwise noted.