"Thomas: No, but they weren't alive either. They had them strung up. With tubes coming out of them. They were being... they were being drained. There's something inside of us that WCKD wants. Something in our blood. So we have to get as far away from them as possible.
Newt: Okay. So, what's the plan? You do have a plan, right?
Thomas: Yeah. I don't know.
Newt: Well, we followed you out here, Thomas, and now you're saying that you have no idea where we're going or what we're doing?
Aris: Wait. Janson said something about people hiding in the mountains. Some kind of resistance or army.
Thomas: The Right Arm. The Right Arm. If they're really against WCKD, maybe they can help us.
Newt: People. In the mountains. Mountain people. That's your plan?
Thomas: It's the only chance we have.

"
— The Gladers discussing their plan of action.

Maze Runner: The Scorch Trials is a film based on the 2010 novel The Scorch Trials written by James Dashner. The film was directed by Wes Ball and distributed by 20th Century Fox. Filming began on October 27, 2014 and ended on January 27, 2015. It was released on September 18, 2015. The film has a runtime of 132 minutes. The movie is available for streaming on Disney+.

Maze Runner: The Scorch Trials takes place immediately after the previous installment. Transported to a remote fortified outpost, Thomas and his fellow teenage Gladers find themselves in trouble after uncovering a diabolical plot from the mysterious and powerful organization WCKD. With help from a new ally, the Gladers stage a daring escape into the Scorch, a desolate landscape filled with dangerous obstacles and crawling with the virus-infected Cranks. The Gladers only hope may be to find the Right Arm, a group of resistance fighters who can help them battle WCKD.

The film begins with a young boy, Thomas, taken in by Ava Paige and troops from the organization WCKD, alongside other abandoned children, after being dropped off by his mother for his own safety. Years later, shortly after being rescued from the maze, Thomas and the remaining Gladers - Newt , Minho, Teresa Agnes, Frypan, Winston, Tim and Jack are taken to a facility run by Mr. Janson. He explains that the facility is a safe haven, protecting them from WCKD, the Flare virus and the Cranks, and provides them clothes, food, and sanitation, where other survivors of multiple mazes are also present. Thomas becomes curious about their activities and manages to find out what is really happening behind the closed doors. With help from Aris Jones, the first maze survivor to end up in the facility, it is revealed that WCKD's leader, Dr. Ava Paige, is still alive and that Mr. Janson is working for WCKD, as they discuss about the experiment on the Immunes and that Janson has yet to find the Right Arm, a resistance group located at the mountains. The group, including Aris, but without Tim escapes the facility, as Janson orders his WCKD troops to track them down, where they find themselves in the deserted outside world - the Scorch.

The group arrive at an abandoned marketplace, where they first encounter the Cranks, humans zombified

by the Flare virus. In the process, Winston gets infected by one of them, and Jack is killed by another. When morning comes, they find the remains of the city in ruins and that WCKD is still searching for them. Winston's infection gets worse, forcing the rest of the group to leave him alone to die by shooting himself with a gun Newt gave him, preventing his transformation. The group continues to venture the desert until one night, while sleeping, Thomas wakes to discover a civilization off in the distance. As a thunderstorm emerges, they run to an abandoned facility to take shelter. Minho gets struck by the lightning on the way but survives. They manage to enter the place, only to find out that the facility was filled with chained Cranks. The group meets Brenda and Jorge, who lead a dangerous band of survivors and have used the Cranks as their own guard dogs. When the two find that the group had come from WCKD and is looking for the Right Arm, the two agree to take them to the Right Arm, abandoning their group of survivors. Moments later, WCKD, led by Janson, storms the place, only for the facility to be destroyed by Jorge's explosives, however, Thomas and Brenda are left behind as the rest have escaped with Jorge. Thomas and Brenda manage to escape the Cranks, only for Brenda to get infected by a Crank in the process. Thomas experiences a flashback of when he and Teresa were working for WCKD, in which Thomas tries to warn Teresa of WCKD's plans, only for the two to be separated by WCKD's troops. As Thomas and Brenda reunite with the rest of the group, Jorge interrogates Marcus, a survivor who secretly works for WCKD, into revealing the whereabouts of The Right Arm.

The group eventually arrive at The Right Arm's relief camps, where other innocent survivors are present, and are greeted by Vince, who leads the Right Arm and is in charge of deciding whether they can stay or not. As Brenda's infection gets worse, Vince threatens to shoot Brenda, only to be stopped by Mary Cooper, a former WCKD scientist who reveals that Thomas was their informant. As Mary halts Brenda's infection using an enzyme cure, Mary explains that the enzyme can only be harvested from an Immune's body, not manufactured, and that arguments over the methods of manufacturing the cure with Ava lead Mary's departure from WCKD. That evening, Teresa calls WCKD of her location, believing that WCKD's motivations are good, leading to an ambush by WCKD. Ava and Janson arrive and confront the Right Arm before WCKD troops captures survivors for experimentation, including Minho, while Janson shoots Mary dead. After Thomas and the Right Arm fend the WCKD troops off, Ava, Janson and Teresa retreat with their captured survivors. With only a fraction of survivors left at the site, Thomas plans an infiltration into WCKD and is determined to take them down, including Paige herself, to save his friends and save civilization, as his friends and the Right Arm agree to help and prepare to fight back. 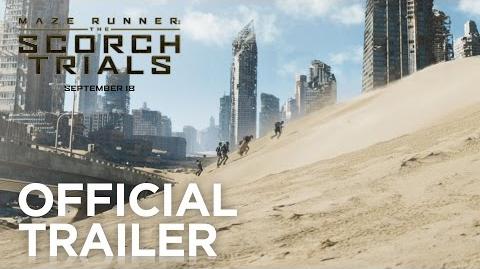 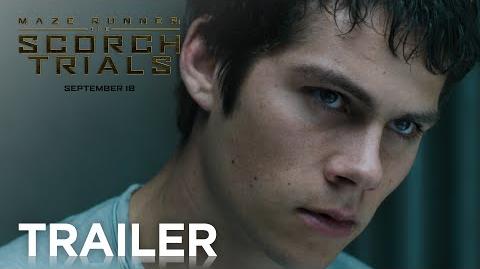 20th Century Fox has confirmed[13] that The Death Cure will be adapted in 2016 and with the screenplay written by T.S Nowlin who wrote the screeplays for both the first and second Maze Runner movies.