Start a Wiki
watch 02:28
The Maze Runner: Official Trailer
Do you like this video?

The Maze Runner is a film based on the 2009 novel of the same name written by James Dashner. The film was directed by Wes Ball and distributed by 20th Century Fox. Development began in January 2011, filming began on May 13th and ended on July 12, 2013. It was released on September 19, 2014.

A 16-year-old boy wakes up inside an underground service elevator with no memory of his identity. A group of male youths greet him in a large grassy area called the Glade that is enclosed by tall, stone walls. Every month, a new boy and supplies arrive in the elevator. The boys, who call themselves Gladers, have formed a rudimentary society with each assuming specialized tasks. Alby, their leader and the first to arrive in the Glade, says every boy eventually recalls his name, but none remember their past. The boy learns that a vast Maze surrounding the Glade may provide the only way out. During the day, designated Runners search the Maze for an escape route, returning before nightfall when the entrance closes. No one has ever survived a night inside the Maze.

While in a competition with another boy named Gally, the boy suddenly remembers his name is Thomas. The next day, Thomas is attacked by Ben, a Runner who has been stung by a Griever – deadly techno-organic creatures that roam the Maze at night. Ben is forced into the Maze and left to die as there is no cure for what the Griever infected him with. Minho, the Keeper of the Runners, and Alby later retrace Ben's steps inside the Maze. Minho reappears at dusk dragging Alby, who is stung by a Griever, but they are unable to reach the closing entrance in time. Thomas spontaneously runs into the Maze to help but all three are trapped. During the night in the Maze, Thomas and Minho tie Alby up high on the Maze wall to hide him from the Grievers, but Minho abandons Thomas when a Griever emerges from the center of the Maze. Thomas slides under the Maze wall, managing to hide from a Griever. Later, Thomas finds Minho and his actions during the night keeps them alive, and he kills a Griever by tricking it into a narrow, closing passageway thus causing it to be crushed, making him the first to ever survive a night in the Maze and kill a Griever. To the other boys' astonishment, they return the next morning.

The next morning, the first-ever girl arrives in the elevator. She apparently recognizes Thomas though he cannot remember her. A note says that "She is the last one ever". Thomas, Minho, Frypan, Winston, and Zart enter the Maze. They locate the Griever corpse and remove a beeping mechanical device from inside it. Gally claims Thomas has jeopardized the fragile peace between the Gladers and the Grievers and wants him punished, but Newt, the second-in-command of the Gladers, instead designates Thomas a Runner. Minho shows Thomas a scale model of the Maze he has built, based on his three years of exploration. The Maze's numbered sections open and close in a regular sequence that might be a code. The device is numbered to correspond to a certain section within the Maze. With the mechanical device, they may be able to find an escape route.

The girl, Teresa, has two syringes filled with an unknown substance. One is used on Alby, and he gradually recovers from the Griever sting and begins regaining his memories. Thomas and Minho venture back into the Maze and discover a possible exit but are nearly trapped, barely making it back to the Glade.

That night, the Maze entrance does not close while others open, letting Grievers pour in. A massacre ensues as the Gladers, practically defenseless against the Grievers, struggle to fight back or hide. Alby, Zart, and a few others are killed during the attack. Gally punches Thomas in the face and blames him for everything that has happened. Thomas, who has had disconnected memory flashes since arriving, stabs himself with a severed Griever stinger in an attempt to revive his memory. The others inject him with the last anti-venom. Unconscious, he recalls that he and Teresa worked for the organization that created the Maze, W.C.K.D. (World Catastrophe: Killzone Department); the boys unknowingly have been test subjects for an experiment. Thomas awakens and shares this information with Teresa, Newt, Minho, and Chuck,

Meanwhile, Gally has taken command and intends to sacrifice Thomas and Teresa to the Grievers to restore peace to the Glade. Most of the Gladers are swayed to free Thomas and Teresa and attempt to escape the Maze, but Gally and a few others refuse to leave. Fighting Grievers as they go, the survivors escape the Maze (in the process, Jeff dies trying to save Minho) and eventually enter a laboratory strewn with dead scientists and technicians. A woman named Ava Paige in a video recording explains that the planet has been devastated by a massive solar flare, followed by a pandemic of a deadly, incurable virus called the Flare that affects the brain of the afflicted. We learn that the Gladers appeared to be immune to the virus. The Gladers learn that they were part of an experiment studying the way their brains worked as a resistance to the virus. At the end, the woman in the video shoots herself as the lab is being attacked by men with military-style weapons but dressed more like mercenaries. Gally suddenly appears armed with a gun he found. Having been stung by a Griever, he insists they must stay in the Maze, then aims at Thomas intending to kill him in revenge for the Glade's destruction. Minho throws a spear into Gally's chest, apparently killing him, while Gally shoots a bullet into Chuck's chest, killing him. Masked armed men rush in and take the group to a helicopter. As they fly over the Maze, it is revealed to be placed in a vast desert wasteland. Eventually, the helicopter approaches a ruined city.

The scene ends with the supposedly-dead scientists meeting in a room. Paige notes that the experiment has been a success; the survivors are now entering Phase Two. 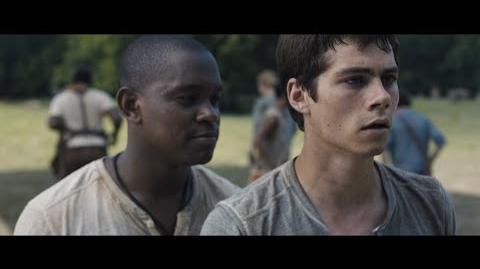 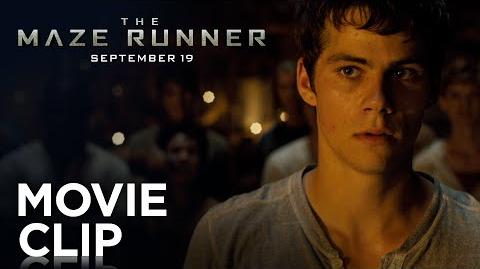 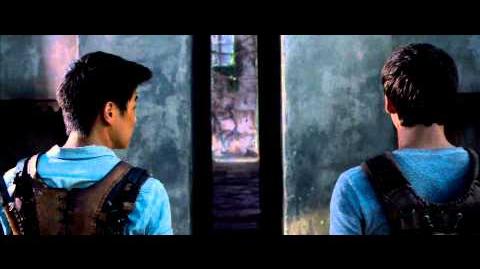 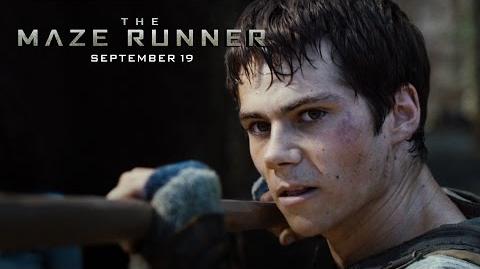 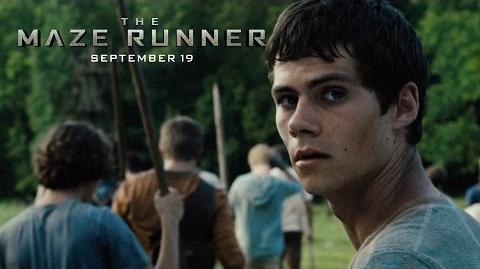 Retrieved from "https://mazerunner.fandom.com/wiki/The_Maze_Runner_(film)?oldid=59073"
Community content is available under CC-BY-SA unless otherwise noted.