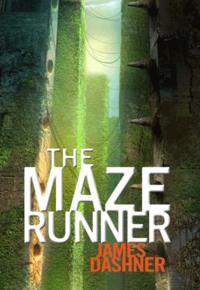 As you all must know by now, The Maze Runner is headed for the big screen! The Gotham Group is now in pre-production on the first film, and the film's casting director is holding auditions for the starring roles, which consists of a group of teen boys and a teen female!

According to the Examiner, "All types and ethnicities are being encouraged to submit. Rehearsals begin in mid-April, and shooting starts on May 1, 2013 in Baton Rouge, Louisiana."

Just think, YOU could be a cast member for The Maze Runner! Exciting, right??

If you haven't yet, do our Dream Casting and vote for who you think would be the best Thomas, Teresa, Chuck, and more!

Retrieved from "https://mazerunner.fandom.com/wiki/User_blog:Gcheung28/Maze_Runner_Begins_Casting?oldid=40863"
Community content is available under CC-BY-SA unless otherwise noted.